There’s no doubt about Venmo’s sweeping popularity across the United States with more than 70 million active users on the platform. It’s very easy to navigate and can complete transactions in no time.

However, the massive amount of daily transactions, the vast number of users, and the high convenience of sending money make Venmo users an obvious target for scammers.

This brings us to today’s question: are the Venmo giveaways real?

Venmo giveaways are real only if they’re announced through the company’s official social media channels, including Venmo’s Instagram, Twitter, and Facebook pages. Otherwise, you should consider any promise of a giveaway, prize, or reward on Venmo’s behalf to be a scam.

Keep reading to learn more about Venmo giveaways and possible scams that you should look out for.

Yes, Venmo does hold giveaway contests. Recently, there was one on the 12th of October, 2022.

The company posted on its official social media pages that it’s giving out $20 to 500 winners.

You also had to be following Venmo on social media and, not to mention, a resident of the United States who’s over 18.

There were a total of 100 winners chosen randomly from both Instagram and Twitter. The contest was set to last for 24 hours and true to word, many users ended up posting screenshots of their Venmo accounts showing that Venmo really did send them their cash prizes

So, it’s safe to say that Venmo definitely does giveaways. But has the company been doing this for a long time?

Well, yes, for a couple of years at least, and looks like it won’t be stopping any day soon.

How Does Venmo Benefit From Giveaways?

With so many recent giveaways and a lot more to come, you may be wondering why Venmo does that. Is Venmo simply generous or is there a hidden motive here?

The answer is both things actually, but the motive isn’t hidden at all.

Instead of spending millions on ads, why not give the money to people who’ll advertise the service by sharing Venmo’s posts with their family, friends, and followers?

Think about it, it’s cheaper publicity yet with enormous coverage, and the money goes to so many people who end up becoming users -if they weren’t already-, becoming more active users, and bringing in new users. It’s a smart strategy and a win for all sides!

Not to mention, giving away money is a straight-up power move to make the competition sweat.

Users from competitor companies will want to make the switch seeing as how “generous” Venmo is, so the competitors will also need to make their own move to stay in the game.

Now, it’d be a shame if the other companies couldn’t match the generosity of Venmo, wouldn’t it? Well, Venmo surely doesn’t think so.

Can Venmo Giveaways Be a Scam?

Some Venmo giveaways may be a scheme formed by a scammer to trick unsuspecting users out of their money. As such, you shouldn’t believe every claim out there of a giveaway, reward, or prize endorsed by Venmo.

Instead, you need to make sure the announcement of the giveaway was posted on one of Venmo’s official social media accounts. These are Venmo on Twitter, Venmo on Facebook, and Venmo on Instagram.

What Are Common Scams on Venmo?

To avoid falling victim to the malicious practices of scammers, you need to educate yourself on common schemes that involve Venmo.

The following are a few examples to watch out for:

How Can You Avoid Scams on Venmo?

Here are some tips to keep your money safe:

So, are giveaways from Venmo real? Well, Venmo giveaways are only legit if the company itself announces them through one of its official social media channels, including Venmo’s Instagram, Twitter, and Facebook pages.

Otherwise, you should consider any promise of a giveaway, prize, or reward on Venmo’s behalf to be a scam aiming to trick you into giving up your money.

Did you find this article helpful? Let us know in the comments below!

Adding money to your Venmo balance isn’t crucial because you … 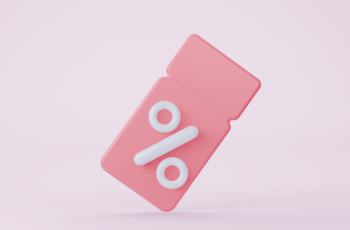 Did you know that Venmo offers a free money code …