How to Unblock People on Venmo? Learn how to unblock Venmo in step-by-step instructions.

We’ve all been in situations where we’d blocked other Venmo users, but if you’re looking to reverse that, tag along. By 2018, Paypal reported that there were about 40 million active Venmo users.

That’s a lot of people who can view your transactions.

So, it’d make sense for you to want to block certain users.

However, if you’re having second thoughts or have mended a relationship with a friend, you can go back and unblock them by following our step-by-step instructions.

So, keep reading to get the gist of it.

To unblock other users on Venmo, you should:

Read: How to Know if Someone Blocked You on Venmo?

Step-by-Step Instructions to Unblock on Venmo

We’ve listed the steps above, but if you want a more detailed guide, this is how to unblock a user on Venmo if you have a tablet or an Android phone.

Tip: You’ll have to log yourself out of Venmo and restart the application for the changes you’ve made to take effect.

How Do You Check if You’ve Unblocked a Venmo User?

If you’ve followed the steps we’ve provided, you’re sure to have unblocked the user. But you can check by following these steps:

Do You Have to Add a User Again After Unblocking Them?

Yes, you’ll have to add that user to your friend’s list again (if you want them as your friend) because blocking them inherently means severing all ties with them. By unblocking and adding them again, you can easily make transactions and make both your information visible to one another.

>> Read: Can You Have Two Venmo Accounts With Same Bank Account?

How Do You Add a Venmo User Again?

Now that you’ve unblocked that user, you might want them to be on your friend’s list again. And this is how to do it.

If you come face to face with that person, you can open the Venmo code scanner while they open the “Venmo Me” QR Code on their phone. Then, you can point your scanner at it. When their code is centered, the Venmo app will direct you to their profile page. Then, you can add them.

The most straightforward and common way of adding a friend is by searching their username or name in the search bar. When you find their profile, adding them will be easy.

Tip: There are other ways of adding friends on Venmo, such as adding friends from your contact list or Facebook friends list, but the previously listed methods are the most relevant to our topic.

What Are the Effects of Unblocking a User on Venmo?

Since you’ve unblocked another Venmo user, there’s much the two of you can do. Firstly, you’ll find them on the app, and they can show up on your network. Secondly, you’ll be able to search their account information, and they’ll be able to do the same for you. Thirdly, you can request and send payments to each other.

Tips for When You Unblock a Venmo User

Perhaps you’ve unblocked someone to avoid an awkward conversation with them or because they flat out asked you to. Still, you might be uncomfortable with the fact that they can see your transactions, or maybe they’ve crossed some boundaries in the past. So, here’s what you can do.

To change your privacy setting, all you have to do is:

Tip: These changes make it so your transactions are only visible to the recipient and sender of the transactions.

If there’s one or a couple of transactions that you want to avoid any questions about, Venmo allows you to make them private as well. And if you make that particular transaction private, only the recipient and sender will be able to see it. And here’s how to do that:

In conclusion, Venmo allows you to unblock users because it recognizes that relationships get mended and circumstances change. All you have to do is go to “Privacy” in settings, unblock any Venmo user from your “Blocked Users” list, and confirm that you want to unblock them.

However, note that no visible changes will occur if you don’t log out of Venmo and restart the app.

Additionally, if the blocked user used to be a friend, unblocking them won’t automatically make them a friend.

Instead, you have to manually add them again from the search bar or by scanning their QR code if you’ve encountered them.

Wondering if you can transfer money from Venmo to a … 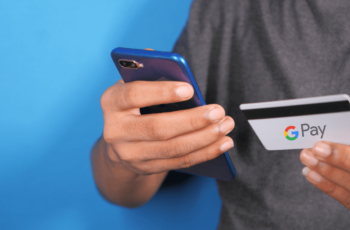 Can you add Venmo to Google Pay or, more specifically, …