If you use Venmo and wonder just how safe it is to keep a lot of money in your balance, keep reading this article as we talk about Venmo and the FDIC.

For decades, it has been ingrained in people’s minds that banks are the safest place to keep their money.

And what makes banks able to assure people that they’re secure enough to be entrusted with their hard-earned money is being insured by the Federal Deposit Insurance Corporation (FDIC).

So read on as we further explore what the FDIC is, how it works, and if Venmo is FDIC-insured.

Read: How to Get Money Out of a Frozen Venmo Account?

Yes, your Venmo account balance is insured by FDIC pass-through insurance, if the funds are added through mobile or direct deposit and if you have purchased cryptocurrency via your account.

The money transfer application has over 40 million active users in the United States, which means it’s extremely unlikely that the application will get hacked, go bankrupt, or fail anytime soon.

What Is the Federal Deposit Insurance Corporation?

The FDIC is an independent agency of the federal government. It was created in the 1930s in response to a large number of failing banks during the Great Depression. And their job is to supervise and examine financial institutions, banks being one of them, to ensure that the depositors’ money is safe.

That way, they build trust and maintain stability in the financial system. They do that by supervising more than 5,000 banks and financial institutions to make sure everything is going as it should, and nothing shady is going on.

What Makes the FDIC So Important?

We can all agree that we like our money to be somewhere safe, which is why we check it in banks. But it’s actually possible for banks to fail. And if it weren’t for the FDIC to insure the people’s deposits, all your hard-earned money would be gone as soon if the bank fails.

So make sure you choose an FDIC-insured bank so that if anything ever happens, your money will be returned to you.

The Failing of Banks in the Great Depression

When the Great Depression started in 1929, banks collapsed one after the other exceptionally quickly. This incident is called the Banking Crisis of the Great Depression. Between 1930 and 1933, over 9,000 banks shut down, and 4,000 of those were in 1933 alone!

So you can expect how many people were negatively affected by those events. And that’s why the FDIC was created later that year to protect the people if anything like that was to happen again.

Should You Worry if Your Bank Isn’t FDIC Insured?

You’re definitely free to deposit your money in a non-FDIC-insured bank. However, understand that if the day were to come for the bank to fail, you’d probably regret not switching to the bank with FDIC insurance.

Of course, it’s very unlikely for a bank to fail at the end of the day. But then again, it’s always better to be safe than sorry.

Is Venmo Insured by the FDIC?

Although 40 million active users trust Venmo with their money, and a significant percentage of people could vouch for Venmo for days, it might surprise you to find out that Venmo isn’t FDIC insured.

So in the very unlikely scenario of Venmo failing, you’ll likely not get your money back. But then again, Venmo is in a very different situation from banks as it doesn’t take as many risks, so the chance of it failing is quite slim.

Do Other Money Transfer Applications Have FDIC Insurance?

PayPal, Cash App, Google Wallet, and all other similar applications are also not insured by the FDIC.

We suspect that this is due to the FDIC not recognizing these applications as of equal importance to traditional banks and similar financial institutions. But hopefully, this will change in the future as the big financial apps, like Venmo, will get their deserved recognition.

Or perhaps it’s because Venmo and similar apps don’t function like banks. In other words, their primary purpose isn’t to store your money and make a profit by reinvesting it, collecting loan interest as a bank does.

So before you decide against signing up for Venmo, remember that not being FDIC insured is completely normal for money transfer applications.

Is It Reasonable for Venmo to Not Be FDIC Insured?

Now, before you withdraw all your money from Venmo and uninstall the application, you have to understand that, even though Venmo is a large money transfer app, it doesn’t actually need FDIC insurance.

And this applies to other apps like Venmo. Because despite the rising popularity of “ease transaction” apps, they’re still nowhere as large as banks. And honestly, we probably shouldn’t be comparing the two since it’s like comparing asking for legal advice on a forum to formal legal consultation.

Besides, storing money is not Venmo’s primary use. Instead, it’s quick and easy money transfers. So it doesn’t make sense to be FDIC insured since it’s not technically a financial institute.

So Is It Safe to Keep Money in Your Venmo Balance?

It’s absolutely safe. The main fear you’d have by now is, “What if Venmo fails? What happens to my balance?”

Venmo is going strong in terms of numbers. In the last two years alone, Venmo has made the jump from 10 million to 40 million active users. So it’s pretty unlikely for Venmo to fail anytime soon.

We can’t underplay the importance of the FDIC and insured banks, but there’s nothing wrong with Venmo not being FDIC-insured.

Again, banks are where you should be storing large sums of money. So, you shouldn’t worry about keeping money in your Venmo balance since you can only have a maximum balance of $4,999. Besides, the application is far from failing.

You shouldn’t worry much about it and let you hold from using the app as Venmo is unlikely to fail anytime soon. 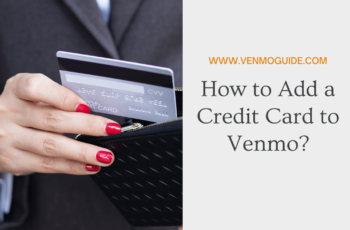 Venmo has many features, but have you ever wondered if … 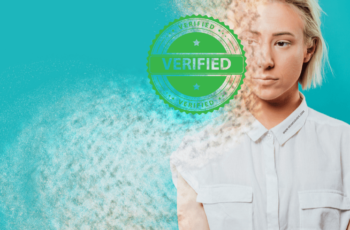 Venmo is a great way to transfer money between friends …