APIs are the backbone of any intricate online service like Venmo. Read on to learn about Venmo’s API and other APIs Venmo uses.

Venmo had an API for new developers from the early 2010s until 2016, when they decided to discontinue their API for a new method of integrating Venmo with businesses. As of 2022, the Venmo API remains closed.

Nowadays, we expect any online service to rely on a few APIs to run. And in return, the services also often provide their own APIs for developers and programmers to implement within their applications.

So when you consider how popular Venmo is, how much it’s risen over the last decade, and the delicate nature of its job, it’s no surprise that APIs are a cornerstone of this application.

Venmo API is still available to its existing users, however, they are not offering access to new users. According to the Venmo statement, it sounds like the plan is not completely shut down the existing API, but that it may remove some features.

They are trying to push developers onto their new Pay With Venmo system for paying businesses.

Keep reading on as we’ll talk about the API Venmo uses to communicate with banks and payment providers and Venmo’s API for developers.

History of the Venmo API

When Venmo was a new company in the early 2010s, it needed a way to allow businesses to incorporate an option to pay with Venmo into their services. This was essential to Venmo’s expansion and rapid popularity over the years.

One of Venmo’s tactics to promote its API was by hosting a hackathon for college students. This method proved successful, as students made programs for splitting bills, gas costs, etc., all of which relied on the API.

Even Papa John’s joined in by allowing their customers to split the bill using Venmo.

Venmo’s integration method was to rely on an API that contains user data, logs, and action commands. Developers who wanted to use this API could access this information and use it (with proper user authorization) to allow users to use Venmo through their services.

For example, if you were running an online shop and wanted to give your users a way to pay with Venmo, you’d use the API. Next, you’d ask the user to log into their Venmo account through API requests, and once authorized, the user could process payments.

At the time, Venmo used two public APIs to run its own API:

In 2016, Venmo announced that they’re discontinuing its API. Venmo also said it wouldn’t allow new users to use the API, but those who already had access were promised they could retain it for the future.

The idea behind halting new API development was to pave the way for a new, more innovative way to integrate Venmo payment options into businesses and stores. Venmo also promised this to be a friendlier experience for users and developers.

This news received mixed criticism from developers. Some didn’t mind doing things more streamlined, but many preferred the traditional way of development, which relies heavily on making API requests.

It’s understandable – imagine you have a product that relies on this service, and you see it slowly but surely fading into irrelevance.

On the other hand, some people felt that the public API was a security liability that could be used to exploit users who aren’t very tech-savvy since payment details are public by default on Venmo, although you can easily change them through the privacy settings.

Is the Venmo API Still Active?

And although the official API documentation is down, you can find unofficial versions posted on websites like GitHub.

How Does Venmo Connect to Bank Data?

In theory, Venmo could use bank APIs directly to authenticate your bank account information with the app and access your payment options.

However, this is difficult in practice because banks are infamous for their complicated APIs that often use outdated development methods.

For this reason, Venmo uses the Plaid API to act as a middleman between Venmo and external bank APIs.

For example, suppose a Venmo developer wants to access a user’s bank information. In that case, they’d typically have to learn what the user’s bank is, then go through that bank’s particular API and read the documentation to learn how to write up a request.

But with Plaid, the developer would go directly to the Plaid API documentation and request the user’s information through it. This simplifies the process since developers only have to learn one API.

Although Venmo’s API is discontinued and the official documentation, it’s still accessible to developers who started using it before 2016. Venmo also promises to keep it running for these developers.

And until banks can agree on a standardized way to write APIs, Venmo will likely continue to use the Plaid API to communicate with banks’ servers since it’s easier for developers to learn one tidy and supported API than several cluttered and legacy ones.

Did you find this article helpful? For any queries, Let us know in the comments below and we will try our best to help you out! 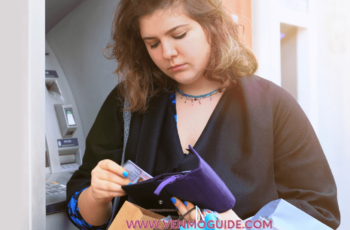 Is your Venmo card not working at the ATM? Then, … 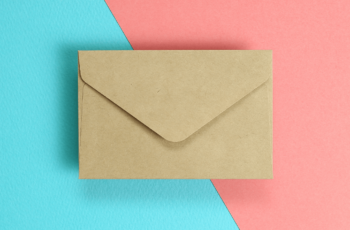 If you’re new to Venmo, you might not know your …