GoFundMe has got to be one of the easiest platforms to use if you’d like to donate money to nonprofits or even make money for fundraising.

Just a few clicks here and there, and your donation or fundraising campaign will be complete. What’s the story with Venmo, though?

Venmo isn’t supported by GoFundMe because, as great as Venmo sounds, it still comes with various limitations. GoFundMe still accepts payments through various debit and credit cards and other types of online payments like PayPal, Apple Pay, etc.

Venmo is an extremely easy-to-use digital payment platform. You won’t need to be all tech savvy to be able to send or receive money with it. The app is designed in such a way that every step of the transaction is self-explanatory.

One would think that it’s always better that GoFundMe would keep a wide, diverse range of payment methods.

GoFundMe put specific criteria for payment systems preferred by them. However, so far, Venmo hasn’t been added as a supported system by GoFundMe.

On the flip side, Venmo alone can be used for fundraising. It doesn’t come with a platform to create a fundraising campaign, but it does show transactions publicly since it’s a social platform, as well.

Why Isn’t Venmo Supported By GoFundMe?

Even though Venmo is an effective means of transaction, it’s not supported by GoFundMe for quite a few reasons. These reasons include the following:

Venmo is a great way to transfer money easily from the comfort of your available mobile device. However, it doesn’t have a specific fundraising feature to enable charities to receive donations.

Nonprofits aren’t provided with special accounts to receive the donated money, so it wouldn’t be useful for them as a method supported by GoFundMe.

Normally, charity organizations are treated in a special way where they can get benefits as a reward for their nonprofitable efforts.

Venmo doesn’t give such benefits to such organizations. Charities would have to set up regular Venmo accounts. Furthermore, they would receive deducted donations if they were donated through a bank.

Only Within the United States

If you didn’t know, Venmo is only limited to the United States. It doesn’t supply international transactions, which means it also doesn’t allow international users to transfer money.

This is another shortcoming of Venmo. It would have restricted fundraisers to donations sent from within the United States only.

This gives an unfair advantage for fundraising campaigns in the United States since only they could receive donations through Venmo and not other nations.

Only Supported on Mobile Devices

Another imperfection of Venmo is that you can only ever use it over a mobile phone or a tablet. You can’t use Venmo on a computer.

This would be inconvenient for donors viewing fundraisers online over websites through their computers instead.

GoFundMe wants as many people as possible to be able to view the fundraising campaigns and also be able to donate readily without any hiccups. Unfortunately, this limitation of Venmo goes against that.

One of the biggest flaws of Venmo is that you’ll need to have a specific Venmo account to be able to send or accept transactions made through Venmo.

Otherwise, you can connect it to your credit card, but any transaction outside of your Venmo friends’ circle will cost you a 3% fee.

On the other hand, using Apple Pay, for example, wouldn’t incur any extra charges, which is one of the most important morals of GoFundMe.

GoFundMe has exerted many efforts into facilitating fundraising. Incurring extra charges goes against the morals of GoFundMe.

This is why adding Venmo within GoFundMe’s payment options is still not discussed.

Another great drawback of Venmo is that transactions made through the application are not FDIC-insured.

This doesn’t necessarily mean that all the transactions made through Venmo aren’t safe. But it has a real impact on credibility.

FDIC gives users a sense of comfort and security. This can’t be guaranteed by Venmo, for sure. Many things can go wrong with the donations sent or received, and Venmo alone may not be able to resolve them.

We’d like to think that this is another reason why Venmo isn’t an affiliate of GoFundMe. GoFundMe is widely used by various donors and fundraisers.

Introducing such a gigantic crowd to a less insured transaction system would affect GoFundMe drastically.

What Are Other Payment Methods Accepted By GoFundMe?

Also, you don’t necessarily need to have your own bank account to be able to donate or receive donations.

Many debit and credit cards, however, are accepted. These would be:

In addition to that, many digital payment methods can be accepted by GoFundMe as well. These include:

Venmo made transactions easier, while GoFundMe made giving and receiving financial aid easier. If we were to put the two of them together, we would have a power couple.

We investigated further into the question, ‘can you use Venmo for GoFundMe?’. The answer wasn’t what we’d hoped for.

Venmo isn’t supported by GoFundMe because it doesn’t have a specific nonprofit organization feature. It also will require you to create a special Venmo account.

Venmo users can send money to other Venmo users for free; however, if you were to make a transaction to anything other than Venmo, then you’ll need to pay a 3% charge. 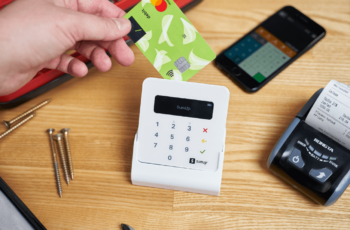 Are you wondering if there’s a Ko-Fi Venmo payment method? … 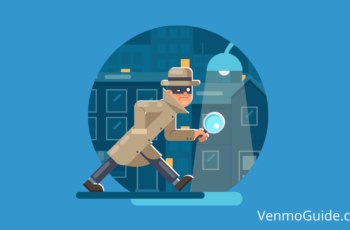 Can You See Who Views Your Venmo Profile? Can other …